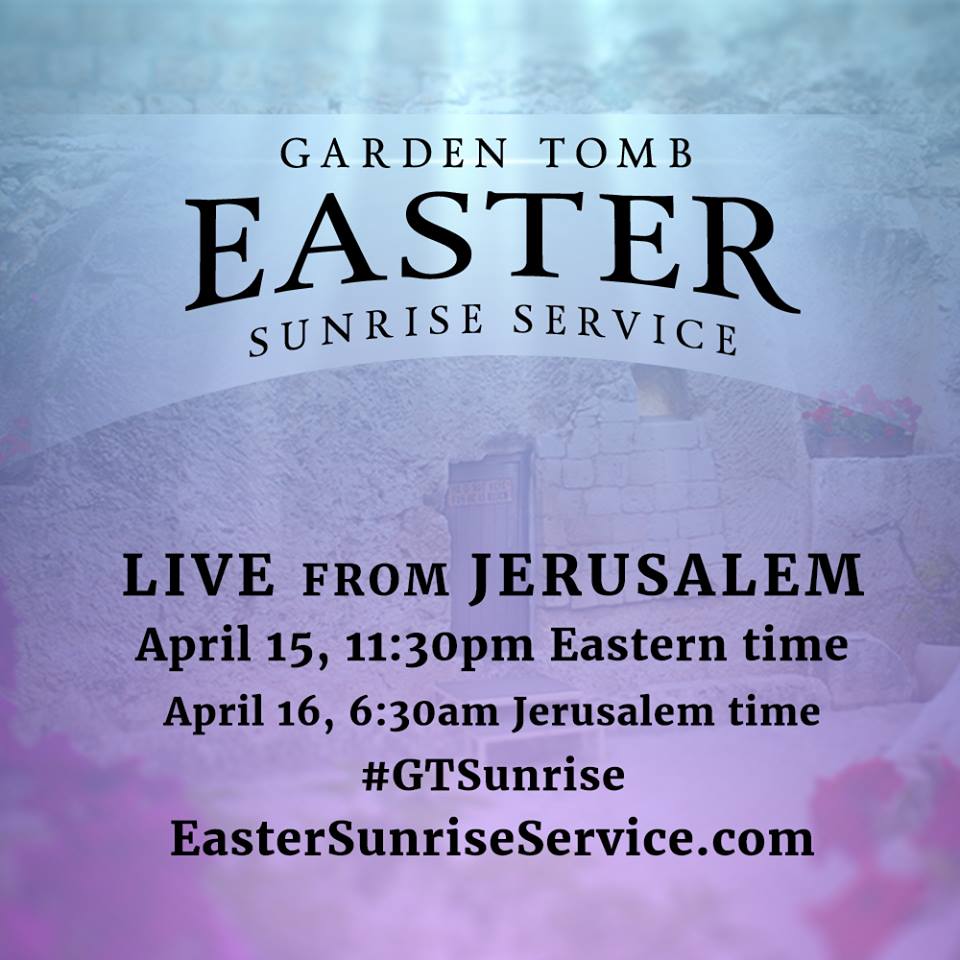 Posted at 11:49h in Customer Focus, Features, News & Events, Your Story by MediaFusion
MediaFusion’s partner, King of Kings Ministries, is hosting its Easter morning service at the first-century garden tomb in Jerusalem. We sat down with King of Kings’ IT Director Denver Root and Media Director Drew Powell to learn more.

Tell us about hosting an Easter celebration at the garden tomb in Jerusalem.

The Garden Tomb, a ministry in Israel, has hosted Easter-morning worship at the first-century garden tomb for more than 35 years. Today there are three separate services on Sunday morning alone. These Easter services happen thanks to a strong partnership among three primary ministries – The Garden Tomb, the Christian Broadcasting Network, and King of Kings Ministries – and we enjoy cooperating with many other partners.

How did King of Kings get involved, and how does being part of the service help you fulfill your mission?

At the core of King of Kings is a heart to foster unity in the body of our messiah. We see so much of Yeshua (Jesus, from the Hebrew) as his body worships him together. This marks our fourth year helping with the worldwide broadcast of the event. We got involved when some of our worship leaders volunteered with the music. King of Kings operates a media school. Our media students help set up audio, video, and lighting equipment at the Garden Tomb the day before Easter. They go home for a little sleep before starting the broadcast itself at 5:30 am. A few years ago we began lending some of our technical equipment to assist with the genesis of live streaming the service.

What made you decide to live stream the service, and what difference has that made?

As a congregation we are called to reveal the true face of Yeshua to Israel and the nations. By live streaming this service, we can bring Jesus as close to people as their cell phone screens. The service first live streamed in 2013. Last year we had about 4,000 live users directly connected to the broadcast through MediaFusion with more watching on platforms we can’t measure easily. Deborah, who watched the service on her tablet in Alabama, wrote to us. “It was like a heavenly melting pot. The greatest thing about it was that Christ is the common bond over us all.” She and her husband plan to join us next year in Jerusalem at Easter Sunrise Service at the Garden Tomb. That’s the difference this service … and live streaming it … makes.

Why did you choose MediaFusion as your partner for live streaming this service?

In 2015, we made a major shift in our live streaming strategy and technologies. We spent hundreds of hours in research, testing, architecting, and finally implementing these changes. MediaFusion stood apart for us because of who you are – a group of believers whose mission and passions line up with ours. We share the same big vision: Jesus at the center. It was an easy decision to move last year’s Easter service to MediaFusion. That service was the first time we had ever broadcast in anything close to HD, and we were able to move it all the way to 1080p!

This is a diverse service with people from many denominations, countries, ethnicities, and languages. How do you handle multiple countries and languages in your live stream?

In some countries, television and radio stations tap into the feed we’re running through MediaFusion to simulcast live. Other partners translate the service real-time for their audiences. Churches and home groups gather wherever they are to worship with us. TV stations, radio shows, and other platforms all around the world pick up our broadcast. Our ministry is bringing the body of Yeshua together, raising one jubilant voice for one Savior. He is risen! Thanks, Drew and Denver! MediaFusion appreciates the ministry of King of Kings. We’ll be watching at http://EasterSunriseService.com and encouraging others to join in as well.